Bierstadt Lagerhaus is a brewery in planning in Denver in the hands of the very capable Bill Eye (former head brewer at Dry Dock and owner/brewer at Prost Brewing), Ashleigh Carter (formerly at Dry Dock & Prost), and Chris Rippe (formerly of Flying Dog Brewery & proprietor of the Rackhouse Pub). Opening in early 2015 at 2875 Blake Street, Bierstadt Lagerhaus will be colocating with The Rackhouse, a distillery and a cidery – all in the same building.

Once it was decided that Bill, Ashleigh and Chris were going to work together, they came to Fermentable Sugar to develop visual branding. The direction of the mark was already somewhat decided, but the time had come to bring in a professional company with previous brewery experience to take their idea and turn it into a functional brand identity. Bill, Chris & Ashleigh were set on an art Deco feel to brand their brewery, which had recently purchased a 1930s German brewhouse that will be cut out of its previous location and shipped to Denver. In the course of about a month, we took a concept and performed a series of rounds of design to end up with a final mark. The branding features the Denver skyline (with a touch of Munich, an homage to their roots as a German lager brewery), and an art deco badge that houses the BIERSTADT lettering. 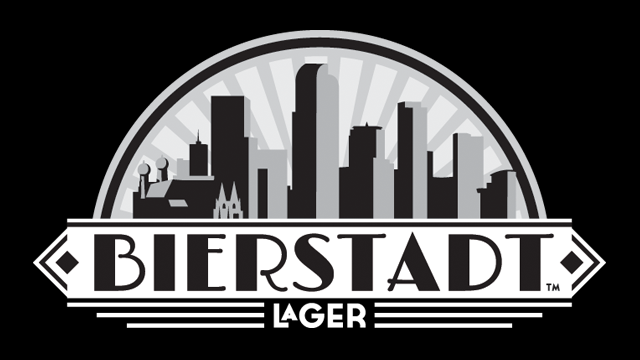 Developed as a grayscale mark, The Bierstadt Lagerhause branding excels as a 1-color mark. It’s difficult to condense a brand that uses 5 values of black into a 1-color brand. This logo will be used for things like silkscreening (when the client doesn’t want to print a logo with 5 different gray spot colors). 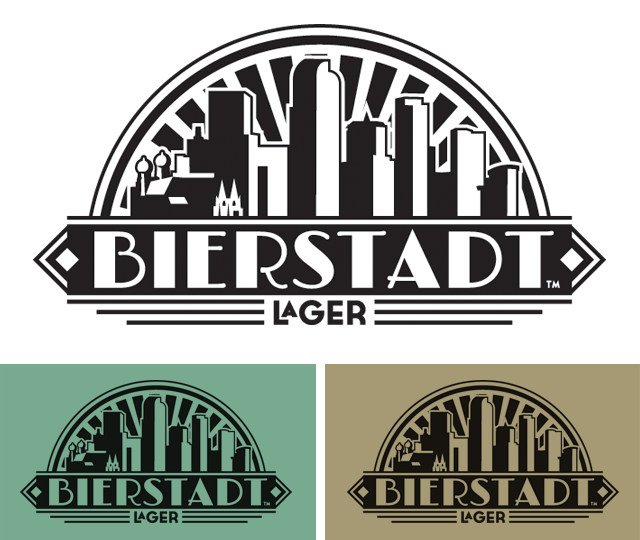 The reverse of the 1-color branding is just as visually appealing and stands out so well on dark backgrounds. 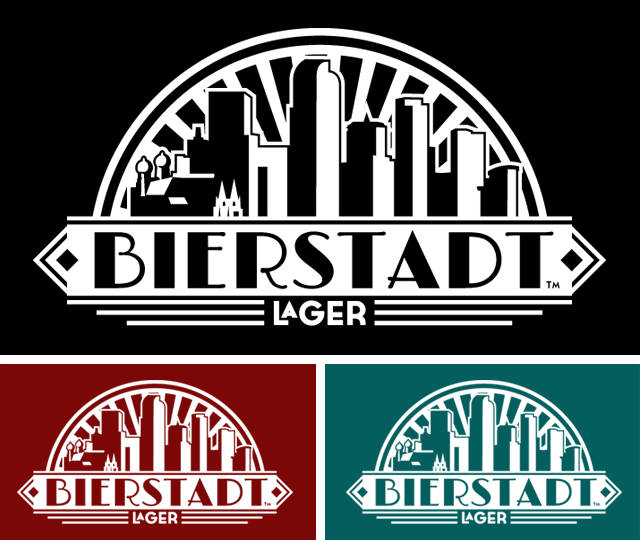